“I tell you in very truth, Man is the Son of the Earthly Mother, and from her did the Son of Man receive his whole body, even as the body of the newborn babe is born of the womb of his mother. I tell you truly, you are one with the Earthly Mother; she is in you, and you in her. Of her were you born, in her do you live, and to her shall you return again. Keep, therefore, her laws, for none can live long, neither be happy, but he who honors his Earthly Mother and does her laws. For your breath is her breath; your blood her blood; your bone her bone; your flesh her flesh; your bowels her bowels; your eyes and your ears are her eyes and her ears.” ~ the spoken word of Jesus Christ from the ‘The Essene Gospel of Peace’.

Download a book on God, Love and You The Freedom of Choice

Download a text on The Unknown Life of Jesus Christ 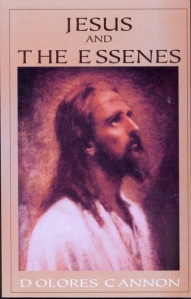 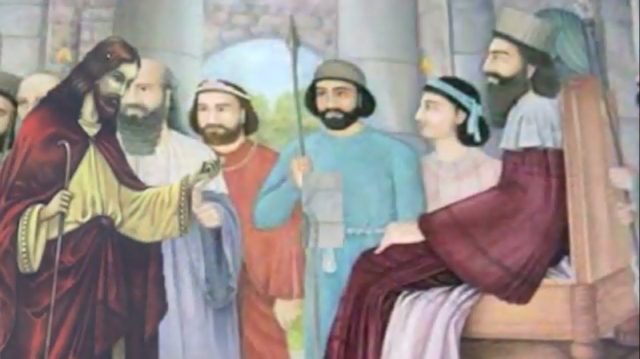 The 2nd Coming of Christ

The Christed Light Of Christ Consciousness by Tre Starwalker. Posted on 22nd Nov’14 on http://www.unitedstarseeds.com

Many eons ago Earth was created through the joint efforts of the great beings of the non-physical realms. The Infinite Prime Creator of the Universe started experimenting with creation a long time ago in this Universe. The Infinite Creator brought energies and essences of itself and endowed them with the gifts that it had. These energies and essences are the extensions of the Infinite Prime Creator Source to all in existence. The Infinite Creator and Co-Creators of the Universe worked for and with an aspect of consciousness called “Light.” Prime Creator said to these energies, essences and extensions of itself, “Go out and create and bring all things back to me.”

The original planners of the Earth were members of the Family Of Light whom worked for and with an aspect of consciousness called “Light” also indicated in the book of Genesis chapter 1 verses 3&4 when ^God said, “Let there be light”: and there was light and God saw that the light was good. Now most interpret this light as the separation between day and night, but the aspect runs particularly deeper than that. The day and night would only serve as a symbol to the true light of conscious awareness and the darkness symbolizing the true state of ignorance, fear, despair and lack, true significance of Polarity. The Earth was a planet of great beauty, a planet of peace and one of the twelve planets of the “Christed Light.” In the ensuing times many forms of life from both the physical and non-physical came to visit this wondrous sphere of diversity and beauty.

There was a moment in time when the fall of consciousness occurred and Earth was one of many planets that fell into darkness.None of the other Christed Light planets fell. The 3rd dimension was created as a stop gap and Earth lost her Christed Light. For many thousands of years the inhabitants of the earth struggled under the yoke of fear, duality, separation and violence. Earth ultimately fell under the illusion of Polarity and therefore was not a pleasant place for many energies throughout the Universe to visit. Several experiments were attempted to lift earth from her darkness. All Failed. Now about 2000 years ago, Immanuel Yeshua (Jesus) The Christ brought seeds of the Christed Light back to the planet. He successfully planted the seeds of the Christed Light into the hearts of everyone he encountered. Despite contortions of Jesus’s life and misunderstandings of his teachings of the true nature of the Christed Light, over the last 2000 years those seeds have grown and began to sprout through the hearts of the Light Workers, Starseeds, Indigo, Crystalline, and modern day Avatars.

In recent years it has been deemed possible to fully “Restore” the Christed Light to Earth. Extensive research indicates on 11-11-11 the Christed Light was restored to the Earth through the joint efforts of Yeshua (Jesus) and other great non-physical beings and human light workers. This is deeply indicated to indeed be the second coming that is foretold. Despite this monumental event, most individuals on this planet continue to play in 3rd dimension darkness, the darkness that resulted from an absence of the Christed Light.

Now with the events propelled by the Procession Of The Equinoxes and the end date of the Mayan 25, 920 year count calendar, ending on December 21, 2012, where the underpinnings of the 3rd dimension were removed and the new way to the 5th and higher dimensions were opened, so that all on this planet would have a much easier path to Ascend to these higher vibrations of consciousness and awareness. Then we will Live, see and experience the blossoming of a new Heaven and a new Earth and her evolved Humans as a result of the long awaited Restoration of the Christed Light and Oneness with creation Source, Our God. The entire Cosmos-physical and non-physical-is being effected by these profoundly momentous events on Earth. This is the Restoration through the Christed Light bringing together the connection to all Oneness In Creation.<¤OIC¤>